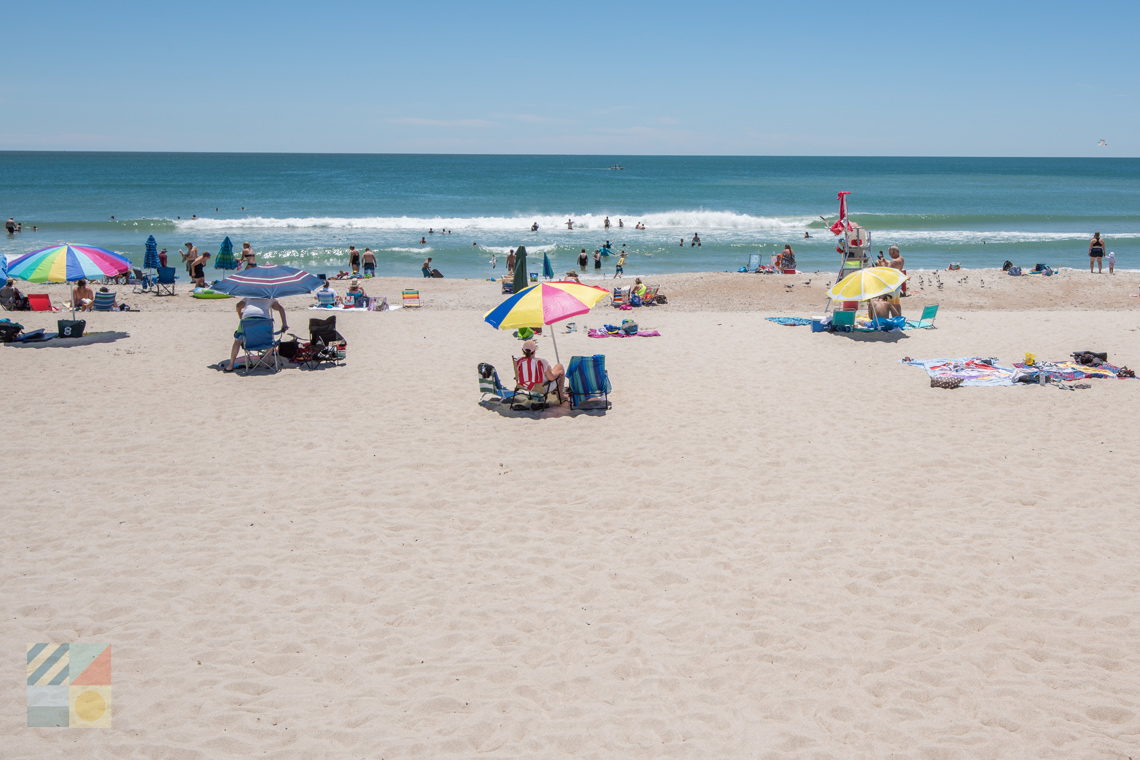 One of the biggest attractions for Crystal Coast visitors is naturally the beaches, and new vacationers will soon discover that there’s a lot of shoreline to go around. From the hopping summertime beaches in Emerald Isle and Atlantic Beach, to the more secluded Cape Lookout National Seashore, enjoying the local beaches is a breeze in this corner of the Southern Outer Banks.

While virtually every vacation rental home or motel along the coastline will have easy access to a nearby stretch of shoreline, day-trippers and visitors staying in the inland regions of Morehead City or Beaufort will also find a number of popular beach destinations that are wide open to the public. 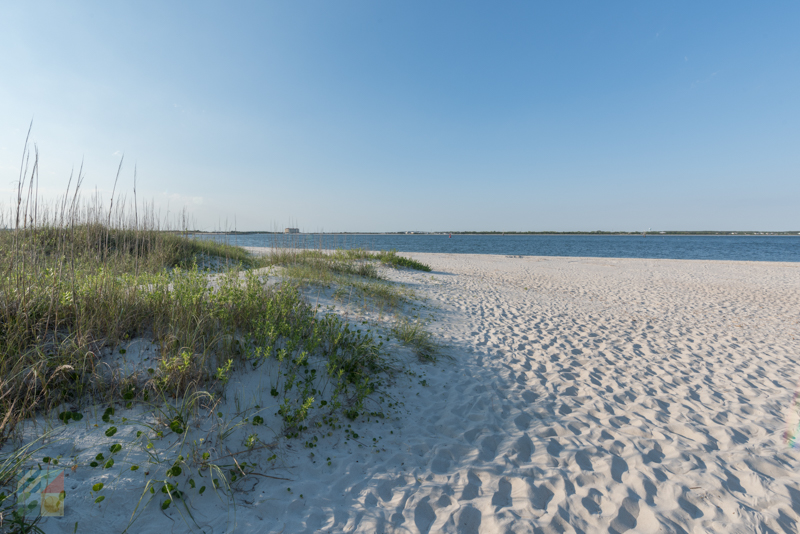 Fort Macon State Park is a popular beach simply because of its undeveloped nature. Located on the eastern outskirts of Atlantic Beach, this area features several large parking lots for beach-goers as well as seasonal snack vendors, restrooms and shorelines. The big appeal of this region is its relative isolation, as visitors can enjoy miles of shoreline with a natural sea-oat lined backdrop.Circle beach in the heart of Atlantic Beach NC

The Circle is another popular beach that’s easy to reach and which is located in the heart of Atlantic Beach, almost directly across from the Atlantic Beach Causeway. Though popular and crowded in the summer months, the beach has a wealth of amenities including seasonal lifeguards, an on-site park with playground equipment, and a number of neighboring restaurants, bars, and vendors for easy snacks and meals.Eastern Regional Beach access with ample parking

The Eastern Regional Beach Access is located just east of the center of the town of Emerald Isle, and is a nice destination for central vacationers staying in the towns of Indian Beach and Salter Path. Featuring ample parking and a walkway directly to the shoreline, this popular destination makes reaching a relatively quiet stretch of shoreline a breeze.Beach access near Station Street Park

The Station Street Park in Emerald Isle is a great destination for visitors who want to reach “The Point” or the western tip of the island. Well-known as a popular destination for fishing, shelling, birdwatching, and enjoying exceptional views that extend for miles, this shoreline can be reached by parking at this public park, and walking a quick ¼ mile to the edge of island. Visitors will want to arrive early in the summer months, as parking can fill up quickly when the towns are hopping with vacationers. 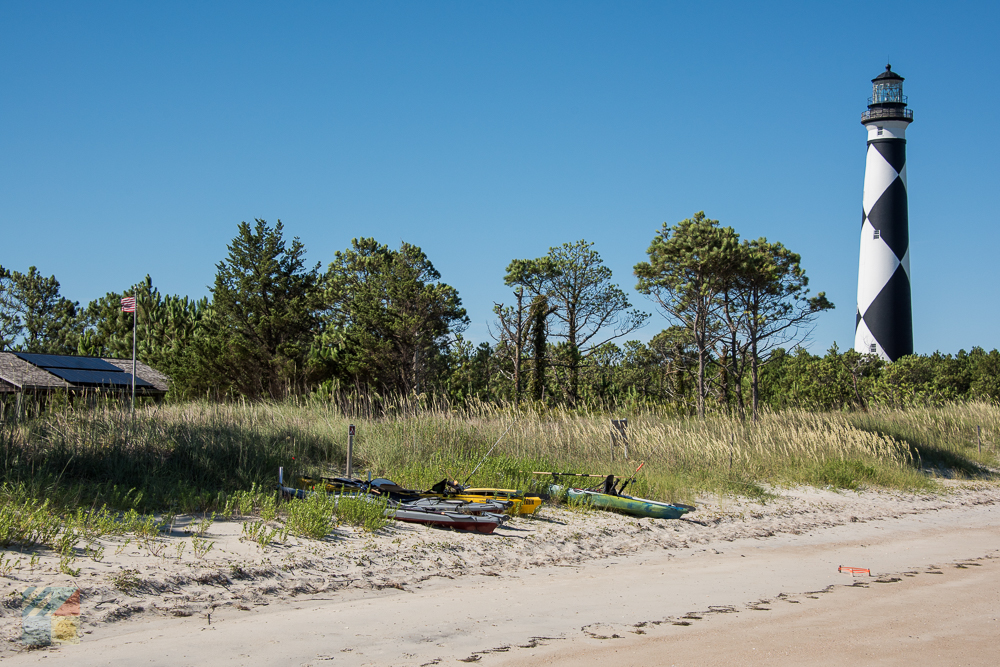 The beach next to Cape Lookout light

The desolate barrier islands that comprise the Cape Lookout National Seashore are some of the most scenic shorelines along the Crystal Coast. Completely deserted except for a handful of rustic cabins that are run by the National Park Service and a Visitors Center close to the Cape Lookout Lighthouse, these beaches can be accessed via a water taxi / ferry that departs from Beaufort, Harkers Island, or the small communities in Cedar Island. Though the facilities are limited, (and as such, visitors will want to bring along plenty of water, snacks, and sunscreen), the ensuing terrain is stunning, with miles of nothing but pristine shoreline in every direction.

Rules and Regulations for visiting the local beaches

While each town along the Crystal Coast shoreline has its own sets of rules and regulations, (and the National Park Service’s Cape Lookout National Seashore has distinctive policies in place as well), there are some similarities no matter where you go. Before you head to the beach, be sure and brush up on these area rules to ensure that you have a safe and completely fun time. 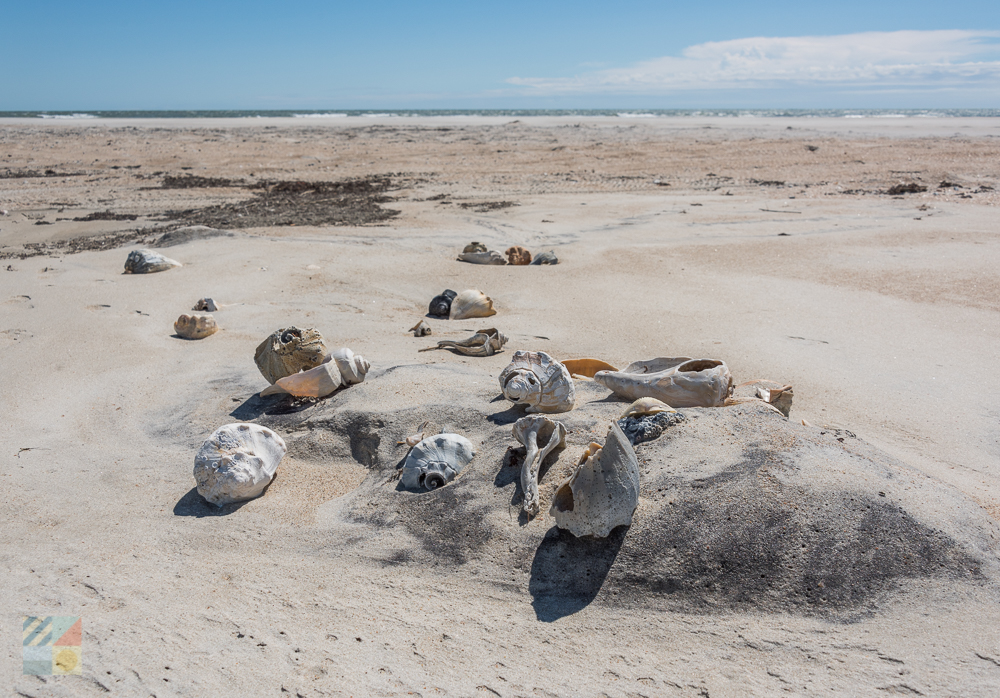 Visitors who want to go shelling during their Crystal Coast vacation will be happy to discover that there are a myriad of options, both close to home and in more isolated regions.

One of the best destinations for shelling is the Cape Lookout National Seashore, simply because of its isolation. Visitors will find a wide variety of shells along the empty beaches, including whelks, colorful scallops, delicate olive shells and augers, sand dollars, clunky moon snails, and even Scotch Bonnets – the surprisingly rare state shell of North Carolina. For the best chances of finding an incredible shell, take an on-island taxi or vehicle to the “Point” of the Cape Lookout National Seashore, where a wide variety of specimens regularly wash ashore.

The Shackleford Banks is another excellent shelling destination, and is slightly easier to reach via a 20-minute passenger ferry ride from the town of Beaufort. Ferries can run every 15 minutes or so during the peak summertime months, and reservations are not needed. Just make a trip to the Downtown Waterfront to book a ride.

On the Emerald Isle coastline, visitors will have the best luck shell hunting by heading to either ends of the island. The Point on the eastern edge of Emerald Isle and the Fort Macon State Park that’s just west of Atlantic Beach are both good starting points, although veritably any beach can result in a decent find. Aim to go shell hunting after a low tide or high tide, or preferably, after a storm, when a wide variety of shells wash up as soon as the waters start to clam down.

Rip currents can occasionally occur along the ocean waters off the Crystal Coast, and while encountering one can be frightening, a little common sense and a smart response can go a long way in ensuring a swimmer’s safety.

Other tips and tricks for enjoying the Crystal Coast beaches

The beaches of the Crystal Coast are wonderfully varied, and range from miles of empty shoreline to hopping destinations that are adjacent to oceanfront nightlife venues and restaurants. No matter what your beach tastes are, chances are that you can find the perfect shoreline for your preferred beach experiences on the aptly named Crystal Coast.